Apart from a few years up and down the country, I’ve lived on the East Lothian coastline all my life. It’s a fantastic place, very rural and has great potential for SUP surfing, touring and at times downwinding.

The East Lothian coastline is packed full of sandy beaches, coves, small islands and it is relatively sheltered – lots to explore.

SUP in Scotland is just really starting to take off but I would say it is many years behind down south. That’s not all a bad thing because our surf spots are quieter and I think most people are keen to just get out and relax and enjoy the scenery – maybe a different scene up here. 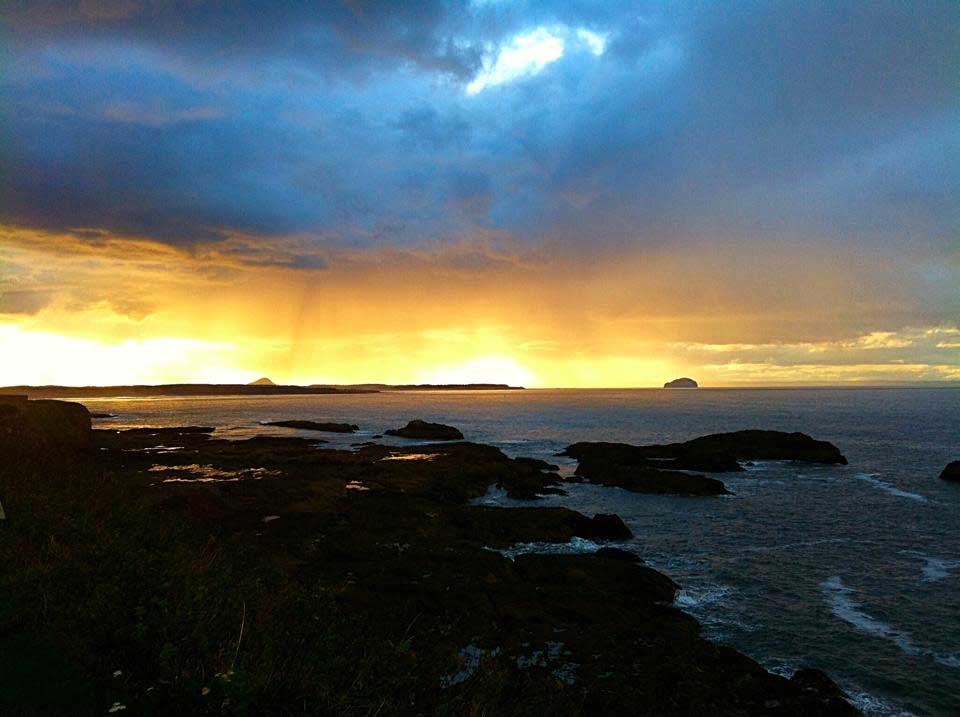 The downside of course is that there are no clubs, races or anywhere to really meet other SUPers and get a SUP community going. It also means there’s few very experience SUPers you can actually learn from – you have to do it yourself really.

My story is that I spent a few years regular surfing but got frustrated at too many outings in lack lustre waves. I also got a bit bored in the flat times too.

I tried SUPing with our local surf school and never looked back – one by one the surfboards were sold off and replaced with SUPs. I’ve been through a few boards in the past years but settled on an 11ft longboard SUP and an 8ft 8 for better waves.

But I needed a longer board that could get me from A to B quicker around the coast, handle chop, bit of small surf potential and be at home on sea swells. It was the guys over in Northern Ireland who were using M14s and they recommended the board to me. They been using them for all the things I needed.

Since getting the M14 I have mostly been touring on it – just quick trips around my local coastline to areas that I just couldn’t get to on my other SUPs. I’ve had some magical nights on my own, total quiet and stunning sunsets.

The M14 paddles well and is amazingly stable. Don’t be fooled into thinking it is going to be tippy at 28 wide….the hull shape and length make it a really forgiving board.

My local beach works on a big easterly swell that runs up the coastline – otherwise surfers don’t bother with the spot. But, with the M14 I can sometimes pick off weak bumps quite far out and surf them in for a decent distance…what a bonus. No killer turns but still fun trying to get those waves.

I’ve not got round to any proper downwinders on the M14 simply because I would be doing it solo…and I have a healthy respect for the sea and what can go wrong fast. Give it time and I am sure I will find others who will join me. I also want to get some training and a licence for a VHF radio first….they don’t have two lifeboats nearby without reason!

I am seeing more SUPs turning up at my local break during the warmer months but if the last two winters are anything to go by it might just be back to two or three regular SUPers at the very most.

Still, it is good to know that further north there are a few SUPers charging on big waves….that’s promising!