Today was out first chance to try the new M12 downwind paddling standup paddleboard for lighter riders and ladies.

I had spoken before with Jimmy about making a board that would be easier to use for my wife as she struggled to manage the M14 when it got rough so was really pleased when he announced the launch of the M12.

Specification is 12’6 and 28 wide.   A beautifully considered rocker line gives it a cracking feel on even the smallest lumps but what really struck me was how well it punched out into the waves.   My first few test runs out saw me trying out a mix of paddle styles and one that seemed to work well and get the board going was a more squatted stance with switch foot position.  In this stance I was able to drive the board forward but keep the line just from my weight. 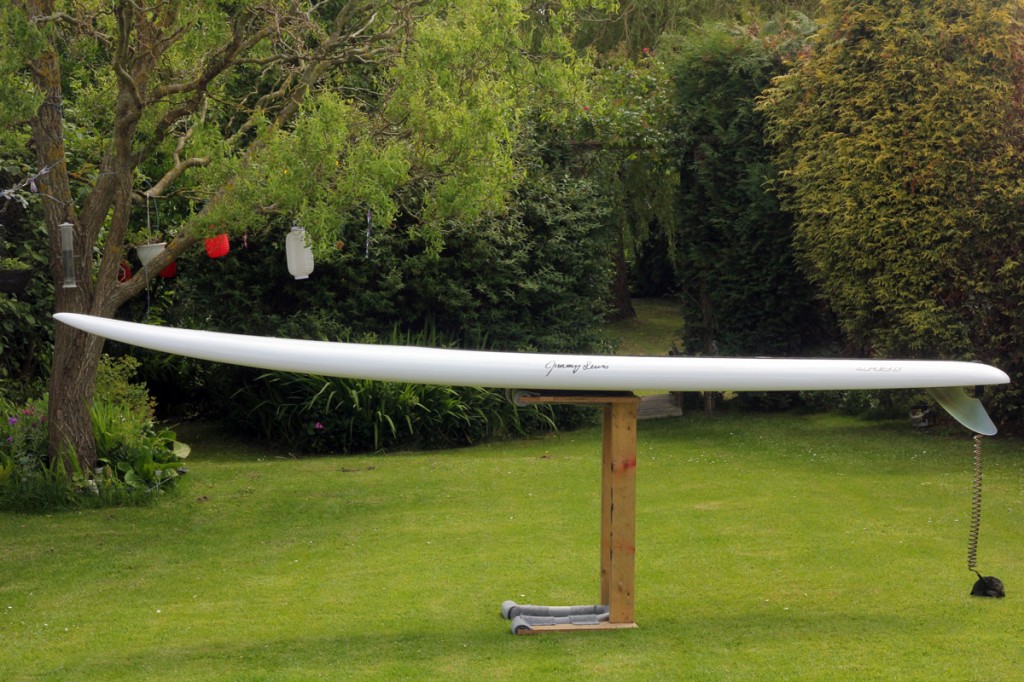 Fin position was about an inch from the back of the box as it is already a shorted board so anything to help keep a straight line.

There is a marked difference between the M14 and M12.  The M12 is far far easier to turn and more squirrely on the wave which was quite a nice feeling in the small lumps we had to play with.   That said it was also really easy to keep it tracking on the wave as it is so responsive.    If you are happy shuffling back and forth on the board you can really help it to keep up with slower smaller swells and bumps, whereas standing static sees the board slowing down and ready to drop off so get those feet moving adn trim the board like it’s meant to.

Plenty of volume sat under foot and into the tail end so even my 85 kilos was well supported but it was easy to push a rail if needed. 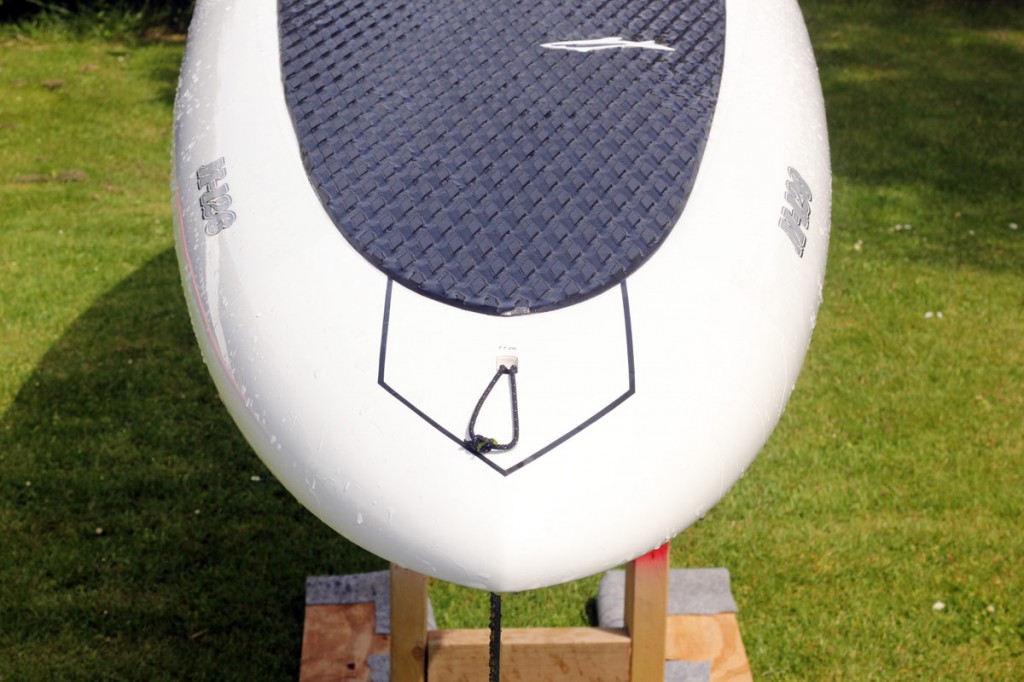 The pick up onto a little bump was smooth and it was easy to pop the nose if it caught as you only had to slide a foot back a few inches to create the leverage needed.

This board was designed with lighter riders in mind and my wife had paddled it for an hour before I got my hands on it.    Her impressions were similar to mine but in a less critical way as she has less to compare to. That said you can never complain when someone says ” I wanna keep that board”

Being that we both paddle raceboards as well I am a real strong believer that the consumer is being mislead with brands saying their raceboards are great downwind boards.   This type of board is a different animal to a race board so if you are not bothered about going flat out on calm water and enjoy a bit of the rough stuff and a greater challenge then this may well be for you.

Sir Isaac Newton said   “Less effort = more glide time”.   OK , he didn’t really say that, I did but it is true.  The power in the wind and waves needs to be harnessed and is way more powerful than your arms will ever be.   Really work on technique and experiment with moving the board about and trimming.   You will become more efficient, faster and way cooler to watch.  Chicks dig the footwork.

If you want to try out some downwind paddling and open water training then give us a call and visit us in West Sussex.

The perfect inflatable paddle board for family fun or keen paddler, the Aqua Marina Fusion has been our BEST SELLER since 2020.

A premium construction board, means you’re getting a board that’s capable, for all levels of paddler, in many conditions.