The plan was to launch about 2 hours before low tide from Dell Quay and head out of the harbour and head towards Bracklesham using the outgoing tide.

4 of us turned up for this paddle at our meeting point at Bracklesham Bay.  A paddle like this requires a bit of planning and shuffling of vehicles so it made sense to meet at Bracklesham as the car park here has more spaces than at Dell Quay.

The current that runs out of Chichester harbour can hit 8 knots so it is pretty important to get your timing right if you don’t like going backwards.   The bonus right now is the weather, a mini heat wave and the water is super warm so whatever happens it all feels good. 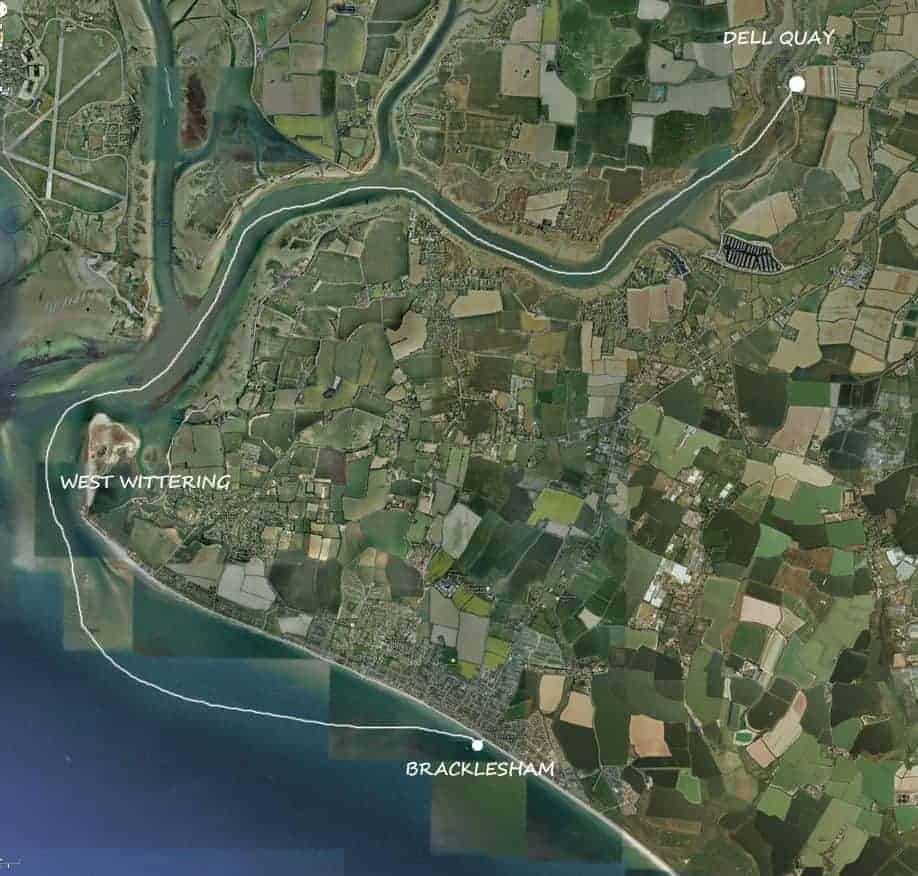 Anyway, we sorted out 2 vehicles to carry the boards to Dell Quay and were fortunate to have space in the pub car park so we were right on the waters edge for our launch.

The tide was already heading out so we had to walk over the weed covered pebbles into the water but it wasn’t that bad as the water hadn’t yet exposed the sludge that is lower down.

When you leave Dell Quay the current isn’t that strong so you have lots of time to get comfortable for this long paddle.   Water is flat so nothing to tricky for beginners and a good chance of finding a seal and fish flipping.

As you travel further down the estuary the different depths of water show up as rougher water, increased current and differing water colour but it is pretty safe if you use common sense and keep out of the channel where the boats travel.

As we came round East Head which is near to West Wittering there was hardly any water so we paddled carefully to not damage paddles but it finally shallowed out to the point we had to hop off and walk for a bit.

At this point we are now in open water so a bit more bumpy but nothing too bad.  With a low tide here all the sand bars are exposed and we were lucky to find one that was producing little runners for 50 meters or so that we could grab.

We are now joined by Phil who has paddled from Bracklesham to meet up here so all 5 of us had some fun in the little waves on our paddleboards.

This particular corner can be pretty dangerous as you have some super strong currents here dragging you in or our of the harbour so be very aware of your position and conditions.  You can also get some pretty big waves hitting some shallow sand bars.

Once we had finished mucking about we made the last effort to get home.   Rob and I swapped paddles so he could try a carbon paddle over his Red paddle and was pretty amazed at how much easier it was.

We all made a final push and made it back at just before 9 so in all we had enjoyed a relaxed distance paddle for about 3 hours. 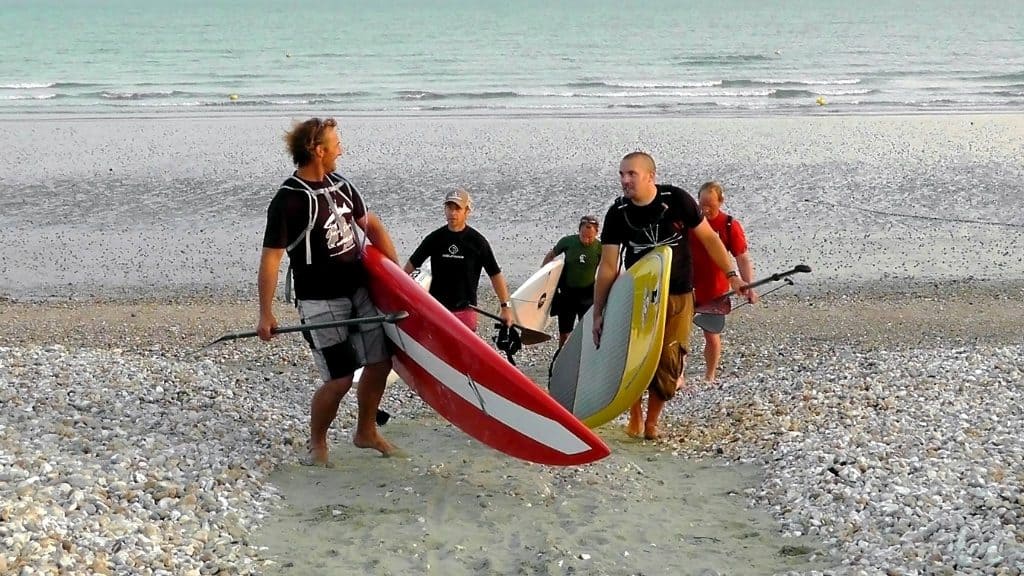 Don’t forget the PUB, we whizzed back to Dell Quay to get the vans and grab a pint, well deserved. 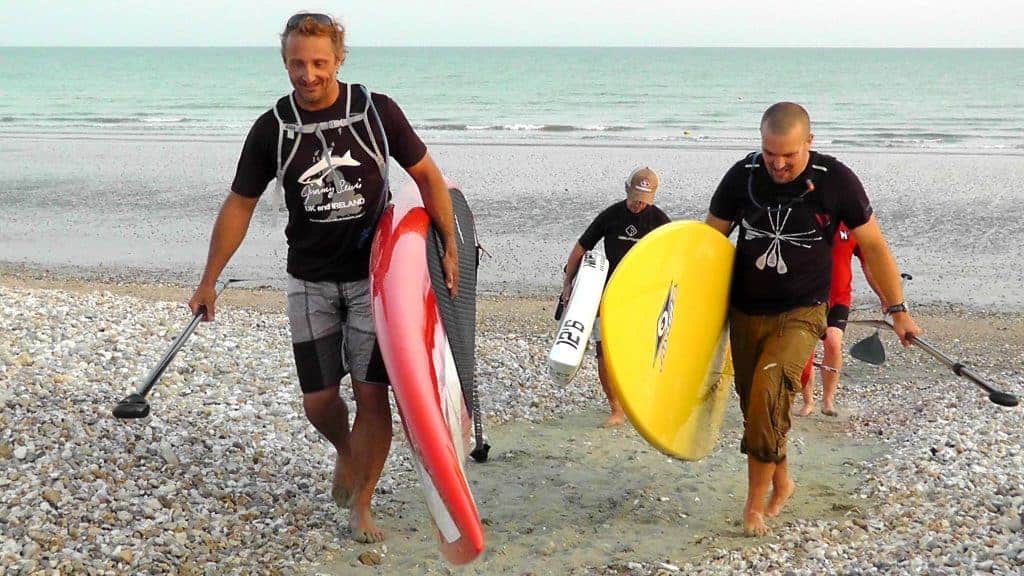