After a postponement from the original date before the summer, all eyes were on the forecast to see if we would roll over once again for the 2014 Irish National Surfing Championships.

A change in the format for 2014 meant that a once-off event decided national rankings, instead of a tour of events as in previous years. With a massive turnout, comprising of 50 heats across 8 divisions, the competition was scheduled to run all day Saturday and Sunday.

Fortunately, Mother Nature played her part and the long-range forecast barely changed, showing a 3 metre swells at 13 second period from 7 days out.

Those familiar with the world-class reef break, which was used to host the European Championships no less than three times, knew that this forecast translated into epic surf, and we weren’t disappointed!

On the Friday morning, Carve Surfing magazine whetted our appetites with this shot: 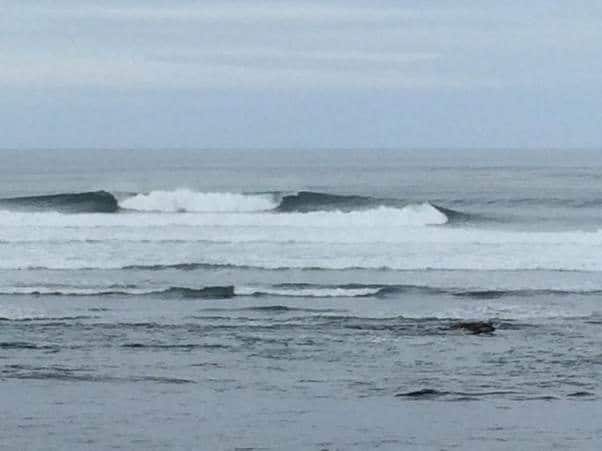 A big SUP crew turned out for the contest, with 15 competitors registered, proof of the meteoric rise in popularity of the addictive sport. All of us nervously double-checked our leashes as the heats were announced: SUPs were out first .Three heats of 20 minutes would decide the first round, with 15 minute repechages allowing a second chance to progress through to the semi-finals. The Peak is typically ridden as a long left, but with the size coming through most opted to stay on the right due to the deep channel that remained available when the going got tough.

All three heats proceeded without incident, with Portrush local Tony Doherty (Jimmy Lewis) and Strandhill legend Neil Byrne (Starboard) opting for the longer left, and everyone else picking off the rights.

John “The Tron” Stapleton (Fanatic), took a different strategy, and tried to score points by going over the lip repeatedly. 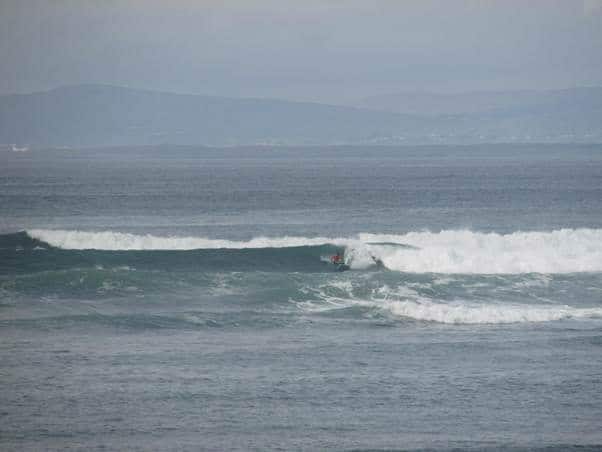 
My heat went well, and I had no trouble catching three waves on my brand new Jimmy Lewis World Wide. At first, the size of the double-overhead waves was a little daunting, but the World Wide had no problems catching any of them, and as it was setup as a quad, the speed and manoeuvrability down the line was great. It was incredible to have such a classic wave to yourself for 20 minutes.

Disappointingly, when the results came in, I was 3rd in my heat, meaning that I hadn’t progressed and I was now in the repechage later in the afternoon. The other divisions took over for the rest of the morning, and the standard of Irish surfing didn’t fail to impress. The repechage was scheduled for 3.40pm meaning that we had some time to find waves elsewhere.

When we arrived back at the comp, the swell had dropped a little, but there were still 6-foot bombs coming through every so often. The biggest change was that we were now at low tide, the waves were now more hollow, and a large chunk of dry reef was protruding in the break-zone! 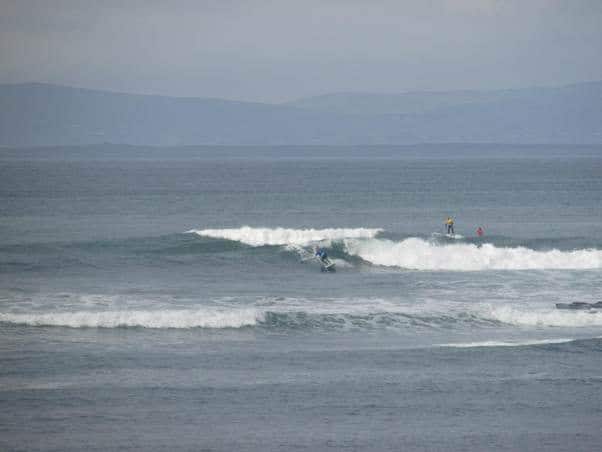 Two repechages were scheduled, and the first was underway as we were paddling out through the channel.  On our paddle out, Dubliner Dave Mangan’s (Fanatic) leash snapped, sending his board across the reef, and ending his heat with the walk of shame.sImmediately afterwards, Irish Ladies Champion Katie McAnena  and her starboard landed on the dry reef, but being no stranger to big waves, expertly managed to get out trouble before she, or her board got hurt.

The second repechage began and I went on a mission to catch as many waves as I could, as the repechage heats were only 15 minutes long, and I knew that time would fly. I managed to catch 3 waves in the heat, and pulled off some OK turns on each. Feeling pretty confident getting out of the water, I was disappointed to find I got pipped by a few points into second place, ending my competition, as only the first goes through in each repechage.

The next day, the conditions had improved even more, with the wind turning light offshore, and the waves stabilising to the 5-foot range.

The quality of the SUP Surfing in the finals was impressive. The final four were Finn Mullen (2013 Irish Champion), Paul Byrne from IrishSup.Com, Emmet O’Doherty from SupDude.ie, and Neil Byrne from The Strand Bar in Sligo. 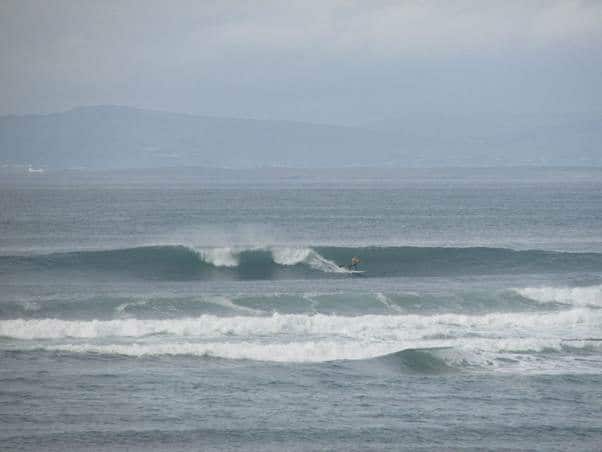 The heat began, with all finalists showing off some slick moves.

When the results came in, it was Finn Mullen who managed to retain his title, pushing local Emmet O’Doherty into 2nd place.  Sligo neighbour Neil Byrne managed 3rd, with Paul Byrne in 4th.

Katie McAnena retained the female crown, and came 5th overall after an impressive display of skills in the semi-final.

Well done to all competitors and well done to the Irish Surfing Association for running the event so efficiently. Here’s hoping we have the same conditions for next year!